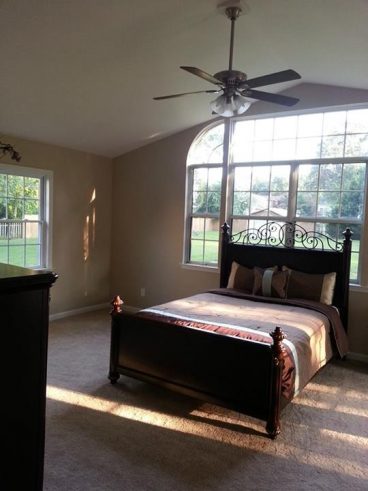 Are ceiling fans worth the investment?

Are ceiling fans worth the investment?

Ceiling fans effectively circulate the air in a room to create a draft throughout the room. If you use air conditioning, a ceiling fan will allow you to raise the thermostat setting about 4°F with no reduction in comfort. In temperate climates, or during moderately hot weather, ceiling fans may allow you to avoid using your air conditioner altogether. Install a fan in each room that needs to be cooled during hot weather. Turn off ceiling fans when you leave a room; fans cool people, not rooms, by creating a wind chill effect.

If you live in a climate where you can use fans instead of air conditioning on marginally hot days, then ceiling fans could be a very worthwhile investment.

While ceiling fans providebetter circulation of cool air and a wind-chill effect, they can still amount to wasted money and energy if no one is enjoying these benefits. For example, don’t: